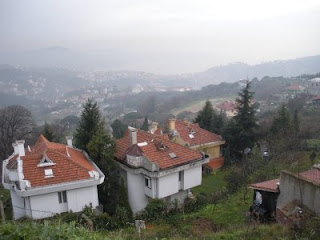 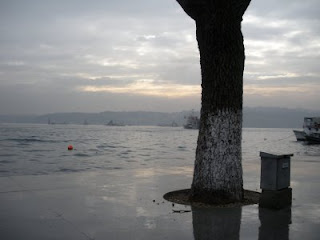 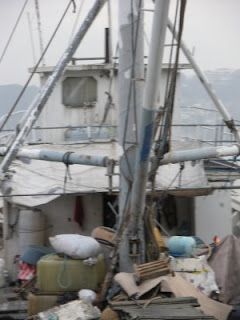 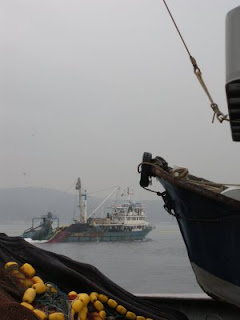 For our long run this week, I really wanted to experience running along the Bosphorus. It is such an important part of this city. At any time you'll find locals walking along, sitting by, swimming or fishing in this strait which forms the boundary between the European and Asian parts of Turkey.

My sister's regular running buddies, two Dutch neighbors, were also keen for a change of their usual Sunday route in the woods. As we left home at a very relaxed 9.30am to drive to the area of Sariyer where we'd park the car, it was very foggy.

But when we arrived at our starting point, the sun had come out and the views across the Bosphorus were spectacular. Both professional fishing boats and private fishermen were trying their luck. While we saw other runners, we counted them on one hand during a two-hour run.

(These images were taken a day earlier when it was raining at similar spots to where we did our long run.)