Holiday souvenirs for me typically include books and stones; and the latest travels were no exception.

Tim, Luka and I just got back from a 16-day holiday / road trip of more than 4000K that took us to California and Oregon. The main purpose of the trip was the California International Marathon, for which we both had registered. We had entered in September for this popular marathon that runs from Folsom to Sacramento, as I was then still optimistic I would be back running "soon".

We had considered flying to Sacramento for a long weekend but decided to drive so we could take the dog and see more of northern Califoria and southern Oregon, places neither of us had been. We took three days to make our way to Auburn, where we had rented a place for the week. Both Tim and I still had to work, and this made a good location to get to the marathon start on race morning.

Auburn is, of course, where the Western States Endurance Run finishes after beginning 100 miles earlier in Squaw Valley. A little ironic to stay there on a trip for which I did not even bother to pack my running shoes, as I could not use them anyway because of my injury that's now approaching six months.

On the way back north we had opted to stay for four nights at a stunning place near Port Orford on the southern coast of Oregon. Driving there from Auburn, we passed through the magnificent Redwood forests in the torrential rain that had been with us for the previous five days. We stopped at the visitors' centre of Humboldt Redwoods State Park; this is where my souvenir gathering began.

Among the neat things the centre offered was a solid selection of books; Stories in Stone was a title that caught my eye immediately. In the preface author David B Williams writes, "[W]herever I am in the world, whether strolling through downtown Boston or hiking in the Northern Cascades, rocks are the first thing I see."

On sale at $9.95, this hardover edition subtitled Travels Through Urban Geology had to come with me; as a kid I was already enthralled by rocks, and still am today.

After majoring in geology, Williams moved to Southern Utah, a great base for his explorations around Moab, "a geological paradise" he had to leave when his wife opted for a master's degree in Boston. "I hated the first few months," Williams writes.

"Where I had once traipsed through quiet sandstone canyons, surrounded by thousand-foot-tall cliffs of rock, I now walked through shadowy canyons created by buildings. Where I once hiked on desolate trails, I now crossed busy streets. For the first time in many years I felt disconnected from the natural world."

But he found a new way to connect in Boston's buildings. "Half-billion-year-old slates abutted 150,00-year-old travertines. Metamorphic rocks interfingered with igneous rocks. Fossil-rich, sea-deposited limestones juxtaposed mineral-rich, subduction-created granites. Plus, builders had gone to the effort of cleaning and polishing these fine geologic specimens, making their stories much easier to read.

"As I began to notice the stone in buildings, I found the geologic stories that could provide the connection to wildness I had lost."

Keeping an open mind to a change in life that at first seemed undesirable can lead to a new passion, or a new way to practice a long-held one. I am looking forward to reading Stories in Stone which, he writes, "offers readers a new window through with to look at urban landscapes. Intriguing cultural and natural history stories are no farther than the nearest building."

Another title jumped out at me, The Wild Trees by Richard Preston, a book  about coast redwood trees, "the largest organisms the world has ever sustained". According to the book jacket, "Preston unfolds the spellbinding story of Steve Sillett, Marie Antoine, and the tiny group of daring botanists and amateur naturalists who have found a lost world above California that is dangerous, majestic, hauntingly beautiful, and largely unexplored."

This $16 paperback came too.

Next up in terms of souvenirs were the beautiful rocks at the beaches near Port Orford where we stayed for four nights. Luka was thrilled to chase his ball in the sand, while Tim and I looked for natural treasures. 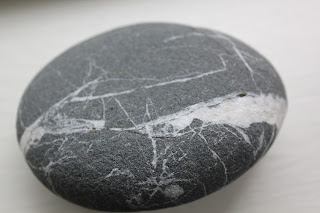 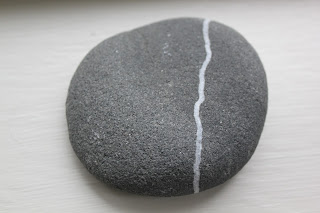 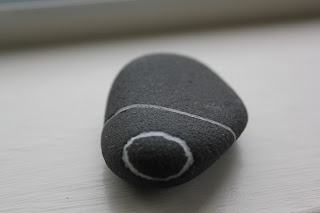 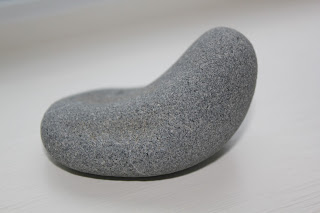 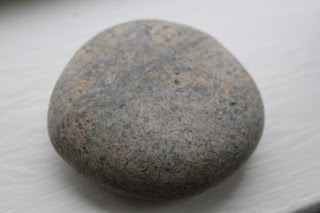 We drove home via Portland where Tim took Luka for a walk as I went to Powell's City of Books -- ahh, paradise can be overwhelming! I had half an hour, which grew to 45 minutes, and I had to make some quick decisions so I focused on one area: writing / reference as I wanted to get a copy of the latest Roget's International Thesaurus.

Once I had that (hardcover edition for $12.93), I also brought: Thinking on Paper: Refine, Express, and Actually [really, actually in a title for a book on writing?!] Generate Ideas by Understanding the Processes of the Mind by VA Howard and JH Barton. A whopping $6.95 for what I think will be a great book.

Inventing the Truth: The Art and Craft of Memoir edited by William Zinsser was also an easy choice ($7.95).

Lee Gutkind's 2012 You Can't Make This Stuff Up: The Complete Guide to Writing Creative Nonfiction From Memoir to Literary Journalism and Everything in Between was my most expensive purchase at Powell's for $16.

Natalie Goldberg's Old Friend From Far Away: The Practice of Writing Memoir came too for $7.98,  as did Walter Mosley's This Year You Write Your Novel at $4.98.

The last one I was least sure of bringing, but I did for $9.95: Martin Manser's Collins Dictionary for Writers and Editors.